It was recently confirmed by the International Union of Pure and Applied Chemistry (IUPAC) that four new elements have been successfully synthesized. Their atomic numbers are 113, 115, 117, and 118. With these four new elements we finally fill out the 7th row of the Periodic table.

If you have been living under a rock or you just need to brush up on your chemistry and periodic table trivia then watch this great video by Socratica.

Three groups were credited with creating these elements, hailing from Japan, Russia, and the US, they spent many years gathering enough evidence to convince IUPAC and the International Union of Pure and Applied Physics (IUPAC’s sister union for physics, IUPAP) experts that they had indeed succeeded in their synthesis.

This is difficult because all four of the new elements are very unstable superheavy metals and they decay extremely fast. To create the elements heavy metals were bombarded with ion beams. The detection of the new elements can typically only be measured by means of reading the nuclides and radiation which are put out upon their inevitable decay, which takes delicate instruments and a lot of repeated experiments to ensure their findings are correct. The groups would need a lot of evidence ro support each claim.

This was the first element to be discovered in Easten Asia and was created by  Kosuke Morita’s group. These scientists worked at the RIKEN Nishina Center for Accelerator-based Science in Japan. They first claimed to have created the element in 2004, but needed more evidence to support their claim as their were still uncertainties which needed to be accounted for.

This element was developed by shooting a beam of zinc-70 at a heavy metal target of bismuth-209. By 2012 they had enough evidence to support their findings.

The next two elements:

were created by a collaboration between three institutions.

which was also created by the Lawrence Livermore-Joint Institute for Nuclear Research collaboration in published work from 2006.

Now that IUPAC and IUPAP have determined that the discoveries are indeed a reality, and the new elements are officially being added to the periodic table, the institutions responsible for finding them will be awarded the honors of naming them.

Pretty much what this all means is that now all those posters, mugs, t-shirts, and tapestries are ALL WRONG! and you need to go buy new ones.

Sadly, it will be a bit longer before the textbooks can all be updated, as the names and symbols will need to be approved by the inorganic chemistry division of IUPAC, who will also submit them for public review. There are an assortment of rules which govern what you can name an element, and these will need to be abide by. The Royal Chemistry Society has a nice list of them here.

They predict it to take between four to six months at the present moment to name the four new elements.

Now, with that behind us, we have to look forward to the next set of elements. Evidently, researchers expect there to be a stable area as we get further on into the superheavy metals beyond atomic number 118. It looks as if time will tell…

With our help as members and donaters to the cause, we the public have succeeded in bringing an idea to fruition. Together we as fellow scientists, citizens, and those rare and novel space pirate daydreamers sigh, can push the frontier that a majority of governments have come to neglect. I think space privatization is the future of space exploration, and it’s pretty obvious Bill Nye and Neil Degrasse Tyson agree. With everyone’s help we can leave behind the red tape and issues with funding, pushing ourselves forward and out into the stars. Here is an excerpt from Bill Nye off TPS’s website: 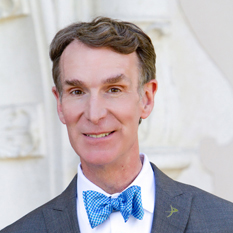 Neurotransmitters are chemicals that enable the communication of signals between nerve cells and other cells. They act as “signal bearers”, leaping across the synaptic cleft, exiting the axonic surface of one neuron and attaching to receptor proteins on the dendritic surface of another neuron.

Neurotransmitters also enable nerves to communicate with muscle cells, gland cells, and various other tissues types throughout the body. Typically residing in synaptic vesicles, the neurotransmitter N-acetylaspartylglutamate (NAAG) is the most concentrated peptide in the brain, being the 3rd most prevalent neurotransmitter, and is found throughout the central nervous system (CNS).[1][2] Research supports its role as a regulator of synaptic release at central synapses, a co-transmitter at the vertebrate neuro-muscular junction (NMJ), and a unique biomarker for cognitive function.[2][3]

NAAG may contribute up to ~25% of the acetate signal that is usually ascribed to N-acetylaspartate (NAA) which is of relevance in cognitive development [2], while coinciding drops of NAAG and NAA are possibly linked to multiple brain disorders, such as Multiple Sclerosis (MS).[2][3]

N-acetylaspartylglutamate or NAAG: The above figure depicts NAAG’s molecular structure in a ball and stick fashion. Below it is depicted again, but this time the individual atoms are labelled to highlight the actual organic groups within the structure. As you can see the molecule has multiple organic functional groups present:

Physical & Chemical Properties: NAAG, is a neuron-specific dipeptide[2] falling under the classification of organic peptides. Some physical attributes are as follows:

NAAG is primarily located in the CNS and neurons produce NAAG using NAAG synthetase I (NAAGS I as there is an NAAGS 2 and NAAG 2 molecule[4]), an enzyme that controls the synthesis of NAAG.

NAAG is typically co-released with a primary transmitter, (i.e. glutamate) under conditions of elevated neuronal activity. The primary transmitter is released into the immediate synaptic space, and the peptide is released perisynaptically where it activates presynaptic and glial type 3 metabotropic glutamate receptors (mGluR3) its primary receptor.[1][2][3]

NAAG’s prevalence and usage tends to be associated with Laboratory chemicals, and the manufacture of substances.[5] It has also found use as a anti-allergic medication (NAAXIA) in eye drops and nasal preparations.[6]

NAAG is available for purchase through typical chemical vendors, and is biologically prevalent, found to be present in mammalian cerebrospinal fluid (CSF), blood, and urine.

Page is currently under construction. Please check back later for new content.