Too Viral for You

Below is a 3D rendering of a Human Rhinovirus (C-15) , one of the ~100 rhinovirus types which occur worldwide. These viruses are responsible for what is commonly referred to as the common cold. The symptoms are wide and cover a variety of systems from sore throat, runny nose, and nasal congestion, to sneezing and coughing. These are the most common symptoms, but in some the virus can manifest additional symptoms: muscle aches, fatigue, malaise, headache, muscle weakness, or loss of appetite. This is typically not an issue for most people, but the young, elderly, and immunocompromised individuals should take care and see their physician when needed. The plus is that fever and extreme fatigue are not typically present, being a more common occurrence in Influenza infections. In essence, thank this little guy for all those Pharmaceutical commercials.

The rhinovirus is spread by two modes of transmission. You can become infected if you 1) come in contact with aerosols of respiratory droplets from an infected person or 2)  through contact with contaminated surfaces (This includes direct person-to-person contact). To prevent transmission, people should cover their mouth and nose with a tissue when coughing, and wash their hands regularly. It is good practice to use your elbow to cover your mouth when coughing or sneezing, so as to avoid contaminating your hands. The cold season typically starts around September and ends in April!

What is interesting about the rhinovirus, and problematic for virologists, is the fact that there are so many types of these viruses. Add that macro variety, on top of continuous genetic mutations within each, and you have a ever changing group of entities. This is why we do not have a “cold” shot vaccine like we do for the flu. The flu,or influenza, has only 3 main types: A, B, and C. Talk about something that’s a lot easier to control.

Influenza Type A and B are the main ones responsible for the annual influenza epidemics. These epidemics can seriously affect all populations and occur globally. The highest risk of complications occur among children younger than 2 years, and adults older than 65 years. Pregnant women and people of any age with certain medical conditions (such as chronic heart, lung, kidney, liver, blood or metabolic diseases (i.e. diabetes), or weakened immune systems) are also at a high risk for infection. These viruses cause up to ~17-30% of the population to exhibit those sniffling, aching, coughing, and fever symptoms, statistically shown as an estimated attack rate of 5%–10% in adults and 20%–30% in children. As far as Type C, it also causes flu; however, type C flu symptoms are much less severe and occur much less frequently which is why this type is not tested for in clinical laboratories (at least not in any I have worked in as due to its lack of severity this would constitute a waste of resources) or vaccinated for.

Influenza ranks in the top 10 causes of death in the U.S., and causes more death then chronic liver disease, cirrhosis, and septicemia. The CDC links it to between 3,000-4,000 deaths and 200,000 hospitalizations each year. The World Health Organization (WHO) reports annual worldwide mortality rates between 250 000 to 500 000, with  3 to 5 million estimated cases. The seasonal flu vaccine was created to try to avert these epidemics. 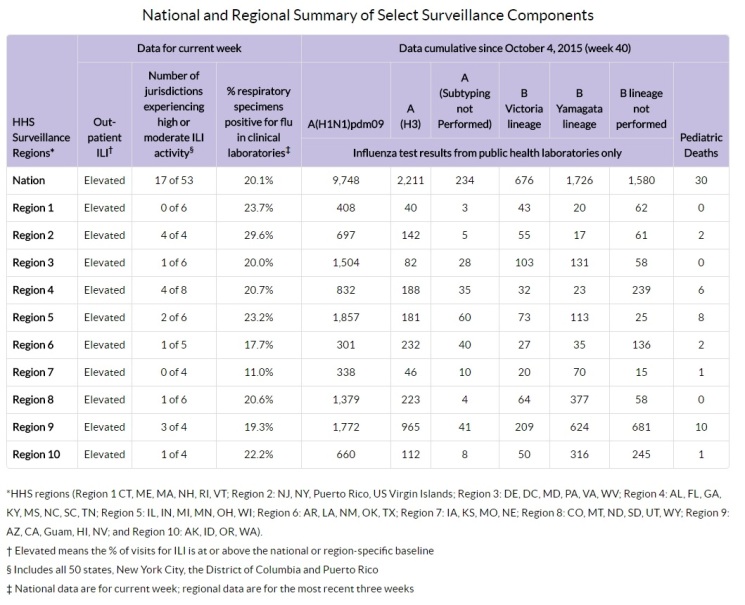 Each influenza type has different characteristics. Type A flu, or the influenza A viruses, are capable of infecting animals as well as humans, though infection in humans is more common. Wild birds commonly act as hosts for this flu type. Type B flu viruses are only found in humans and may cause a less severe reaction than type A flu virus. Occasionally, type B flu can still harmful. Influenza type B viruses are not classified by sub-type and do not cause pandemics.

Below are two videos which explore the influenza virus in more detail; one an NPR video illustrating the flu virus infecting a human cell, and the second walking through the anatomy of the virus itself.

How many viruses are there?

Estimating the diversity of life is a persistent challenge in the field of biology. At such a micro scale scientists are unable to differentiate viruses, or even bacteria, based on morphology alone. They must rely on novel methods, and advances in technology, to view and categorize them appropriately. Microbiologists have even indicated, using phylogeny based gene sequencing, that multiple species would thrive in environments once thought impossible. This negates some important variables, but the indication holds much potential for bacterial and viral discovery.

With that said, how many different viruses are there? To get an exact value is hard, but Dr. Stephen Morse of Columbia University School of Health suggested that there were about one million viruses of vertebrates. This estimate was arrived at by assuming ~20 different viruses for each of the 50,000+ vertebrates on Earth. This was before pathogen discovery experts Ian Lipkin and Joe DeRisi, out of Weill Medical College at Cornell, released the results of a new study, suggesting that at least 320,000 different viruses infect mammals (58 viruses for each species). The authors state that this is likely to be an underestimate as only 9 viral families were targeted by the study and the polymerase chain reaction (PCR) approach used could only detects viruses similar to those that we already know. Using these new numbers though we can perhaps have an idea of Earth’s potential virus diversity. First let us establish that there are 5,416 different mammal species in the world, and a total of 66,178 vertebrate species according to the International Union for Conservation of Nature (IUCN). Since mammals only make up around 8% of total vertebrates we can see that using Lipkins estimates for vertebrate species alone allows for a large zoonotic pool. If we assume the quoted figure of 320,000 viruses for 5,400 species, in a pool of 66,000 species, the total estimated virus load would obviously far exceed Dr. Morse calculation at 1.73 billion. Even with other variables considered it is still quite plausible to have one million species with that large of a number.

According to the Catalogue of Life and the World Register of Marine Species there are 1.2 million species officially registered as being present and accounted for on planet Earth. These hold there place in the taxonomic classification system started 253 years ago by Carl Linnaeus. This is a large number, but every scientist knows we are far from discovering every species out there. I mean researchers report more than 15,000 new species annually. A good example of this is seen in a new calculation published in PLoS Biology by the Census of Marine Life scientists. It is based on a statistical study of the taxonomic classification system currently known and derives its data extrapolating from patterns in its branches. These patterns are found in the higher levels of taxonomic divisions, like order and phylum, and the number of species within each. The numerical value calculated for the potential eukaryotic species was at the 8.74 million mark, give or take 1.3 million. A huge difference which really sums up the potential underlying biodiversity surrounding us.You may see, in looking at some of this data, that biodiversity looks like it increases the smaller something gets. That’s what I saw, and accordingly, in 1988 at the University of Oxford an evolutionary biologist named Robert May observed this as well. His work focused on the calculation of the diversity of smaller animals and concerned land animals, but the correlation between diversity and size is one I hypothesize will hold going forward.

So, let us use the low ball number of viruses for an individual species, as was used by Dr. Morse, and apply it across the low ball number of eukaryotic species we currently know exist. If there are 20 different viruses for each species and there are 1.2 million eukaryotic species they could infect (this is still leaving out viruses which infect bacteria) then that means there is at least 24 million viruses just floating around.If we extend this analysis using the 58 viruses per species model, that number jumps to 69.9 million. Considering that there are 1031 virus particles in the oceans (mostly bacteriophage species) the true number is likely to be substantially higher.

Having a zoonotic pool this large, a growing lack of biodiversity in larger animals, and a considerably smaller globe due to ease of travel creates a melting pot of opportunity for viral species. Genetic mutation is a viruses favorite pastime. They are all just waiting for their chance to mutate, infect us, and eat our brains! This is why the field of pathogen discovery has grown so much in the last decade. It truly is a Virus World.

*The featured image is of four white blood cells under EM, colored for visual clarity.